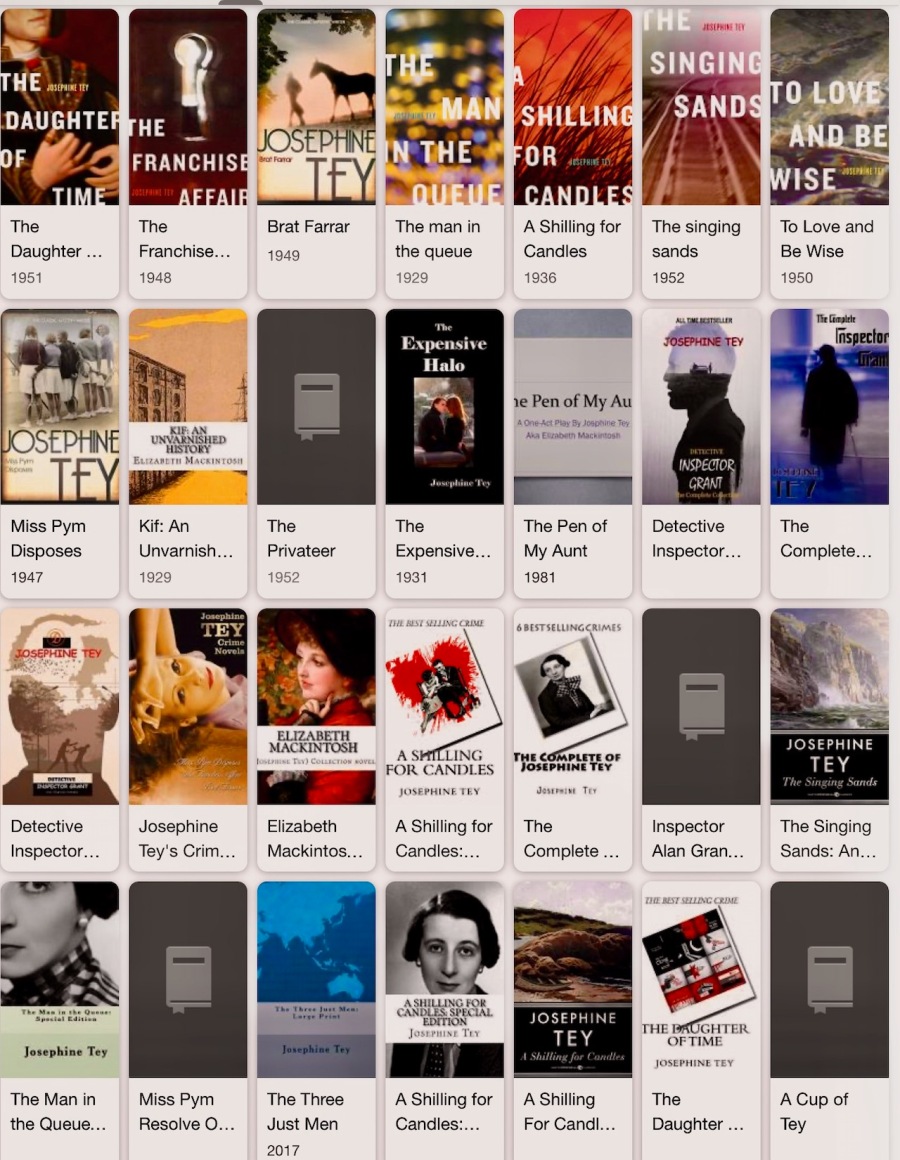 It’s a while since I’ve written a dames or crime post. This one is about the mysterious Scottish author and playwright Elizabeth Mackintosh (1987-1952) also known as Gordon Daviot and Josephine Tey.

The period between the First and Second World Wars was the golden-age of crime fiction, when the Detection Club, a dining society for mystery writers was frequented by authors such as Agatha Christie, Ngaio March and Dorothy L. Sayers. Rules emerged for mystery writing that were later codified into the ‘Ten Commandments’ by British writer Ronald Knox. They included beginning with a body and ending with a reveal of the killer.

It’s an odd thing but when you tell someone the true facts of a mythical tale they are indignant not with the teller but with you. They don’t want to have their ideas upset. It rouses some vague uneasiness in them, I think, and they resent it. So they reject it and refuse to think about it.

The Daughter of Time

Tey was never a member of the Detection Club and she was a breaker of rules when it came to writing mysteries. Her characters did not conform to the usual profiles of the day. Five of Tey’s mystery novels star Alan Grant, a Scotland Yard Inspector and one of the first police protagonists to appear in crime fiction, an ordinary hard working fallible man. The Daughter of Time was voted the greatest mystery of all in 1990 by The British Crime Writers’ Association. In this novel, from a hospital bed, Grant solves the mystery of whether King Richard III of England murdered his nephews.

Tey was interested in exploring the psychology of her characters and the dark side of humanity, she wrote eight mystery novels and showed a fascination for identities and how a persons public face can contradict their true natures. Herself a lone wolf, Tey was said to have three distinct personas to accompany her three names. She did not give interviews, there are few photographs of her in existence, and she never married. The absence of information has led many to examine her novels for insight into the author.

‘She wasn’t fond of being interviewed. And she used to tell a different story each time. When someone pointed out that that wasn’t what she had said last time, she said: “But that’s so dull! I’ve thought of a much better one.” No one ever knew where they were with her. Temperament, they called it, of course.

A Shilling for Candles

Tey’s early and later life was spent in Inverness in the Scottish Highlands, with a stint as a physical education teacher in England in between, an occupation that provided fodder for her 1946 novel Miss Pym Disposes. As a playwright she went by the name of Gordon Daviot, producing a dozen one-act plays and the same number of full length plays. Richard of Bordeaux (1932) had some success in London’s West End running for 14 months and starring John Gielgud.

Someone had said that if you thought about the unthinkable long enough it became quite reasonable.

Author Nicola Upson, who initially planned to write a briography of Tey, eventually decided that the intensely private, elusive author was more suited to fiction and made Tey the amateur detective in her 2008 novel An Expert in Murder, as well as in subsequent books in the series. It was not until 2015 that a biography, Josephine Tey: A Life, was written by Jennifer Morag Henderson.