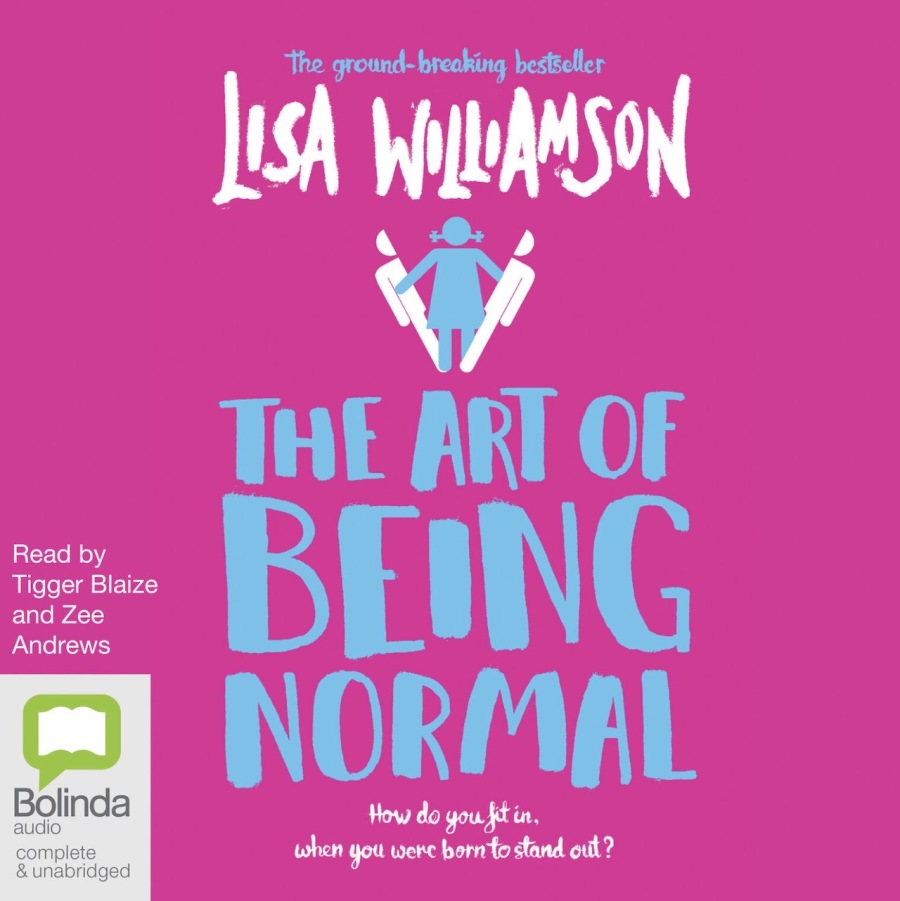 I don’t read a lot of young adult fiction, but enjoy it almost without fail when I do. The Art of Being Normal is a story about a couple of teenagers on the outer. David is on the cusp of puberty and hasn’t told his parents that he is transgender – they just think he’s gay.

Leo is the new kid at school. He’s from the wrong side of the tracks and there are rumours he was kicked out of his previous school for doing something terrible. Most of the kids avoid him as they think he’s dangerous. David decides to try and befriend him. Leo doesn’t want (nor think he needs) friends and just wants to be left alone. His councillor talks to him about anger management and thinks he would benefit from making friends.

Jenny sighs again. ‘In life, Leo. I want you to start participating in life.’

Author Lisa Williams was inspired to write the story after working in the national health service in England in a department focussed on helping teenagers who are questioning their gender identity. I would be interested to know the perspective of someone with lived experience, but for me it was a refreshing read. Diversity of representation is an important progression in fiction – stories like this did not have exist in mainstream fiction until quite recently. We all want to be ‘seen’ and being reflected in fiction contributes to that sense.

For someone so convinced that life isn’t fair, she plays an awful lot of bingo.

Told in first person, The Art of Being Normal is a funny and moving story about class, coming of age, and coming out in all its multi-colours. Told with plenty of surprising plot twists, the story is beautifully and sensitively written and had me laughing out loud in places. A great book for young people who don’t fit the mould and anyone who wants to engender a greater understanding and empathy for difference and diversity.