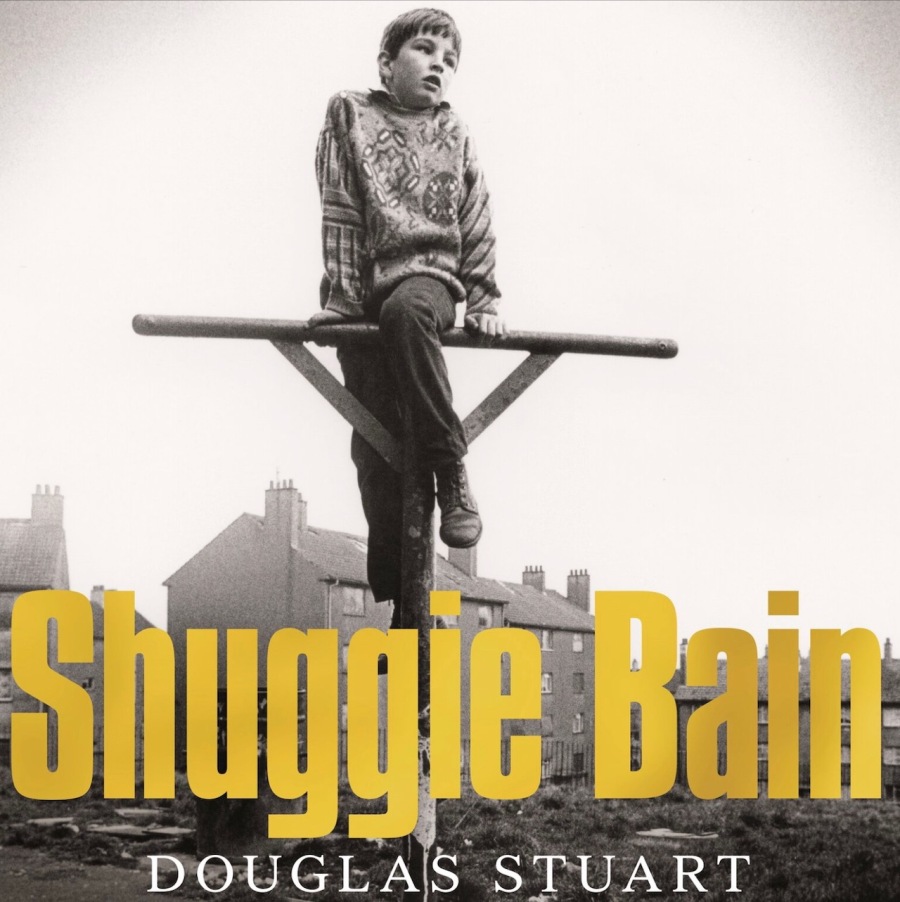 Beautifully sad and stark and longlisted for this years Booker Prize, Shuggie Bain is an uncensored story about poverty, addiction and abuse in Scotland in the 1980s. At sixteen Shuggie Bain lives alone in a grotty bedsit in Southern Glasgow and works at a supermarket deli. Shuggie Bain is Douglas Stuart’s debut novel and it tells the story of how Shuggie got there.

Agnes Bain lives in a high-rise council block with her second husband and three children all crammed together in her mother’s flat. Her husband is a philandering abusive taxi driver who takes advantage of her when she is at her most vulnerable and eventually abandons her.

She had loved him, and he had needed to break her completely to leave her for good. Agnes Bain was too rare a thing to let someone else love. It wouldn’t do to leave pieces of her for another man to collect and repair later.

Agnes descends further and further into poverty and addiction, the only constant her children and her heroic ability to get up every morning and face the world looking her best. Shuggie is the youngest, he does not fit the mould of Glaswegian masculinity, and finds himself as the sole carer of his mother as a young teenager in the post-industrial wasteland of a pit town.

She was no use at maths homework, and some days you could starve rather than get a hot meal from her, but Shuggie looked at her now and understood this was where she excelled. Everyday with the make-up on and her hair done, she climbed out of her grave and held her head high. When she had disgraced herself with drink, she got up the next day, put on her best coat, and faced the world. When her belly was empty and her weans were hungry, she did her hair and let the world think otherwise.

Agnes descends into addiction, failing repeatedly to save herself, or to be saved by Shuggie, a prissy, precise misfit of a kid who loves his ma. He tries repeatedly to help her but fails. He is coming of age in a Scotland that is descending into its own tragedy of unemployment, industrial collapse and recession. He is too gentle for the hostile world he lives in, but he is also strong and a survivor.

I really do not think I can live here. It smells like cabbages and batteries. It’s simply impossible.

The story has a whiff of Oliver Twist and Trainspotting in that it turns an unflinching lens on poverty, yet reading it does not cause a spiral of descent into despair because there is also love and kindness. And an endearing young boy who steals a girls My Little Pony toy because he is drawn to its pastel colouring and lush mane. You know that despite the torment and challenges of his young life, he is going to make good. Highly recommended.

Flames are not just the end, they are also the beginning. For everything that you have destroyed can be rebuilt. From your own ashes you can grow again.