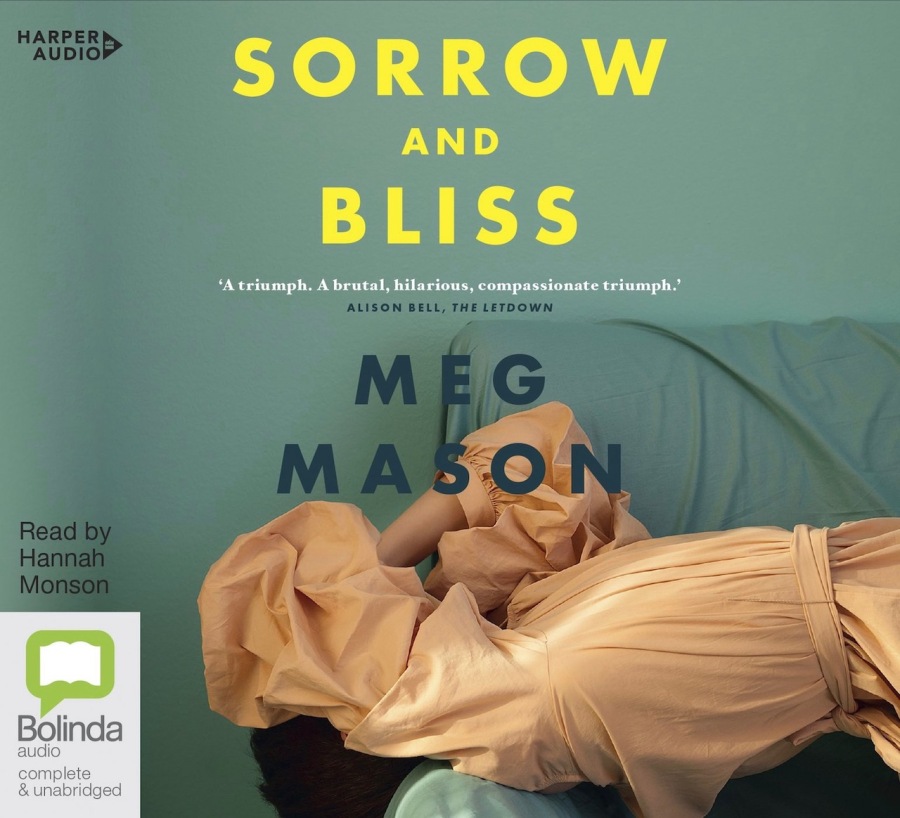 Sorrow and Bliss is one of those books that straddles commercial and literary fiction. The story made me laugh out loud one moment and cry the next.

First novels are autobiography and wish fulfilment. Evidently, one’s got to push all one’s disappointments and unmet desires through the pipes before one can write anything useful.

Food writer, Martha, is reflecting on her life soon after separating from her husband and about six months after finally getting an accurate diagnosis and treatment for a mental illness that has plagued her for all of her adult life. She reflects on the the two decades that have passed since ‘a little bomb went off’ in her brain at seventeen.

Everything is redeemable, Martha. Even decisions that end up with you unconscious and bleeding in a pedestrian underpass, like me. Although ideally, you want to figure out the reason why you keep burning your own house down.

Martha’s telling of her life is deadpan and comically tragic. She is not a particularly likeable character, yet she becomes an endearing narrator as the reader comes to understand her struggle with her own behaviour and identity.

Everything is broken and messed up and completely fine. That is what life is. It’s only the ratios that change. usually on their own.

Sorrow and Bliss is a love story set in London and Oxford. It is a novel about mental illness and it’s effects on sufferers and those who love them, including their uniquely dysfunctional middle class families.

After that, Nicholas got up, stretched, and told me I could have his spot because he just remembered a girl he need to make amends with because his final act before rehab was putting a nine iron through her windscreen after taking more than his recommended daily intake of methamphetamine. ‘Which I discover is non. Back shortly.’

Various doctors, psychologists and prescriptions have failed to help Martha. She and those around her fall back on the belief that she is simply too sensitive, and a bit difficult. Martha searches for answers, knowing that something isn’t right. Her experience exposes the fallibility of the medical profession that often gets things quite wrong, and through doing so can change the course of a persons life in ways that can be quite damaging.

Suffering is unavoidable, the only thing one gets to choose is the backdrop

Interestingly Martha’s illness is never named. I found this both liberating and frustrating. It forces the reader to understand her issues purely from her perspective on the world and the lived experience of her illness. It also frustrated that very human drive to label and categorise things.

I was the victim, and victims of course are allowed to behave however they like.