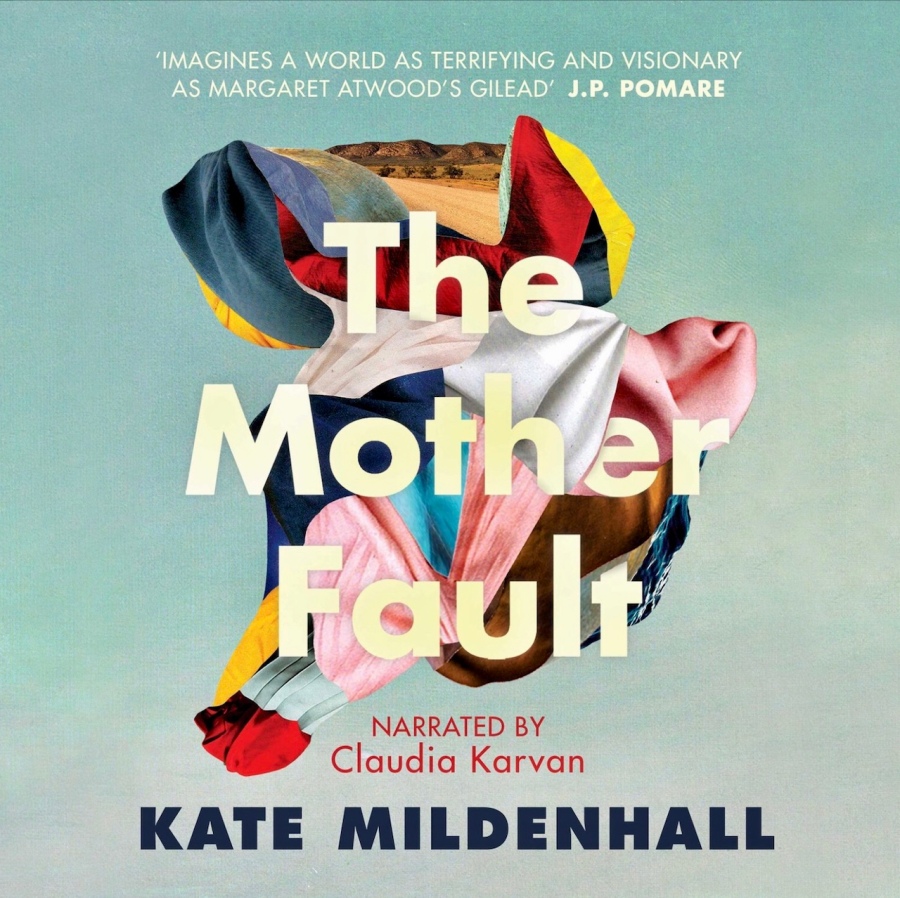 One word to describe this dystopian novel – gripping. My heart was racing within the first few pages. I listened to it as an audiobook read by Claudia Carvan and turned it on compulsively in every spare minute till the end.

Near future climate changed world. People chipped like pets. One government, The Department controls everything. Mim’s husband goes missing. The Department warns her not to tell anyone, not to go anywhere, or risk her children being taken into care. She’s already told a journalist that Ben is missing in Indonesia.

The world shifted slowly, then so fast, while they watched but didn’t see. They weren’t stupid. Or even oppressed at the beginning. Let the record show that. There were no assassinations. No riots. The people invited the new government to take charge at the ballot box. The two parties had consumed themselves. Left the system wide open for a third option. Reasonable, populated by diverse public figures, backed by both big money and bid ideology. On a platform of innovative and economically viable responses to the climate emergency, a rehaul of the health, housing and disability schemes that would see the most vulnerable members of the community cared for, and a foreign policy that miraculously spoke to fear of the other and fluid borders ideal for capital in and capital out, the new party was humbly triumphant on election night. Simple, elegant. No need for finite portfolios and the bullshit of bureaucracy (their words, appealing to the everyday Australian). Centralised power was the answer. On Department for One Nation.

Mim decides to run. She goes to visit her family home in the country on the pretense of chasing work. The Department know where she is. They call and warns her to go home. Her friend removes the chips from her and her children’s palms, inserts them in some rats she releases into the bush, and Mim and the kids drive away. She soon discovers how serious The Department’s controls are when they visit her family and her friend has ‘an accident’. A house fire.

A strong but flawed female protagonist, protective of her children and desperate to find her husband. Somehow the strange COVID world we are living in now, with ever enhanced technology and increased government rules, makes the already plausible Gilead Esque world created by Mildenhall even easier to imagine into existence.

The narrator, Carvan, executes the audiobook with the skill you’d expect from a good actor. A compelling delivery that brings the characters to life by capturing their emotions and builds an exquisite tension throughout the story.