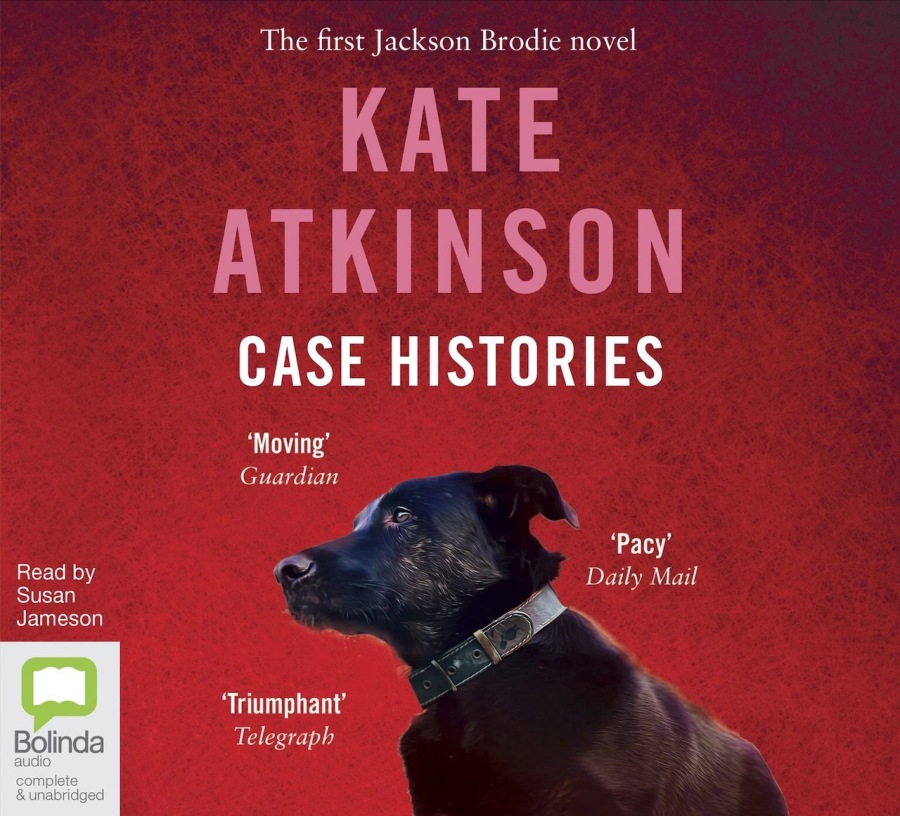 Normal programming resumes this week with a book review of Kate Atkinson’s novel, Case Histories, book 1 in the Jackson Brodie series. I listened to this one in audio book format whilst working on the shed renovating iso project. More on that story later.

She should have done science, not spent all her time with her head in novels. Novels gave you a completely false idea about life, they told lies and they implied there were endings when in reality there were no endings, everything just went on and on and on.

In 1970, a girl called Olivia goes missing at night from a tent in her parents back yard. She is never found. A young woman called Laura is brutally murdered in her fathers city law office in 1994, the killer never identified, leaving her father wracked with guilt. An isolated young mother called Shiriley feels trapped with a baby and a demanding husband and takes to her husband with an axe during an argument in 1979. She goes to jail. Her child, given over to her husbands parents has for all intents and purposes, vanished.

The survivors of the tragedies are haunted by unresolved grief.

When you chopped logs with the ax and they split open they smelled beautiful, like Christmas. But when you split someone’s head open it smelled like abattoir and quite overpowered the scent of the wild lilacs you’d cut and brought into the house only this morning, which was already another life.

Ex-cop, and soon to be divorced private investigator Jackson Brodie is pursuing a flight attendant who’s husband believes she is cheating on him. His other case involves searching for an eccentric old ladies missing cats.

Time was a thief, he stole your life away from you and the only way you could get it back was to outwit him and snatch it right back.

Brodie is approached by Olivia’s sisters. They found their sisters toy hidden in their dead fathers belongings and want Brodie to investigate her disappearance thirty years after it occurred. Laura’s father hires Brodie to find the man in a yellow golfing sweater believed to have murdered his daughter. Shirley’s sister asks Brodie to find her niece who disappeared after her sister went to jail.

Doing nothing was much more productive than people thought; Jackson often had his most profound insights when he appeared to be entirely idle. He didn’t get bored, he just went into a nothing kind of place.

The novel jumps back and forth in time and from case to case. The threads are held together by the sense of isolation of each of the characters as they journey to find connection beyond their own tragedies. The reader is challenged to keep track of the many narratives, and compelled by Atkinson’s vivid and funny character sketches that draw the reader to them. Atkinson lightens the sense of grief and loss that permeates the novel with plenty of humour and perceptive insights.

The plot thickens,” he said, and wished he hadn’t said that because it sounded like something from a bad detective novel. “I think we have a suspect.” That didn’t sound much better. “My house has just exploded, by the way.” At least that was novel.

An intelligent and novel detective novel.

One thought on “Book review: Case Histories by Kate Atkinson”