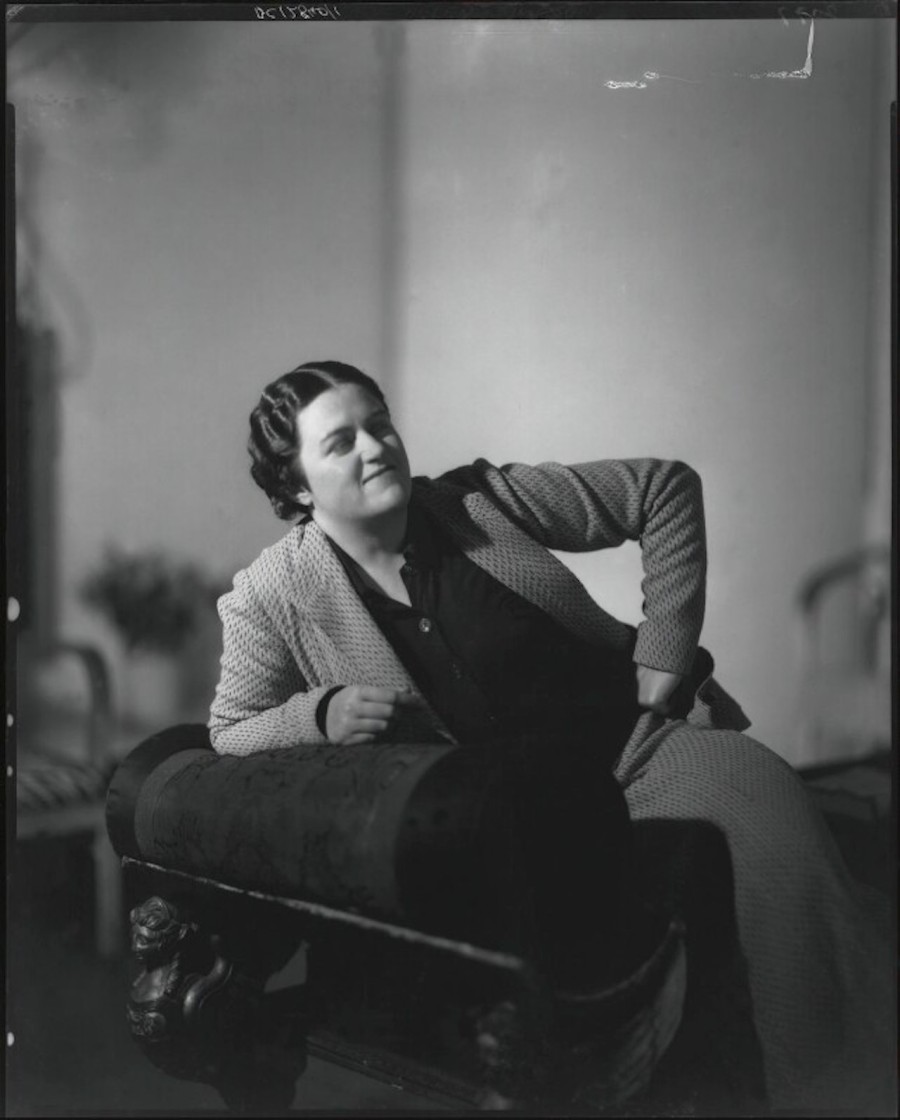 Australian born of French heritage, Helen de Guerry Simpson (1897-1940) achieved much in her relatively short life. Simpson moved to England as a teenager and was educated at Oxford where she studied music. Her education was interrupted by the war, and in 1917 she joined the Women’s Royal Naval Services to work as an interpreter and decoder, unscrambling secret messages for the British Admiralty.

Simpson met and became close friends with another female crime writer, Dorothy L. Sayers in London. Both women were early members of the Detection Club along with other well known British detective writers like Agatha Christie. Sayers contributed to two of the Detection Club’s round-robin works The Floating Admiral (1931) and Ask a Policeman (1933) and the creative non-fiction The Anatomy of Murder (1936).

Do you promise that your detectives shall well and truly detect the crimes presented to them using those wits which it may please you to bestow upon them and not placing reliance on nor making use of Divine Revelation, Feminine Intuition, Mumbo Jumbo, Jiggery-Pokery, Coincidence, or Act of God?

Oath of the Detective Club

Simpson was a woman with dynamic energy and broad interests. She was known to be a good fencer, an accomplished horsewoman, and a student of witchcraft. She played the flute and piano and was an excellent cook and wine maker using ancient recipes to make her brews which she stored in the cellars under her London house. She also worked as a radio broadcaster, a playwright and ran unsuccessfully as a Liberal candidate on the Isle of Wight in 1938.

Simpson was a versatile writer, publishing poetry, writing plays, short stories, crime fiction, historical fiction and historical biography and non-fiction. Her first book, Aquittal (1925), was written in five weeks as the result of a bet. Five of her novels were mysteries, three of which were written in collaboration with English novelist and playwright Clemence Dane (also known as Winifred Ashton) whom Simpson named her own daughter after. The authors first collaborative work was Enter Sir John (1928), followed by Printer’s Devil (1930) and Re-Enter Sir John (1932) set in the English theatre world with protagonist, amateur sleuth and actor Sir John. During this period Simpson also wrote the dark political novel Vantage Striker (1931).

Simpson won the James Tait Black Memorial Prize for her 1932 novel Boomerang which was her first big success. Two of Simpsons novels and one collaboration were turned into movies. Enter Sir John (1929), written with Clemence Dane, was filmed as Murder! (1930) by Alfred Hitchcock; Under Capricorn (1937) set in NSW was turned to film by Alfred Hitchcock in 1949 and starred Ingrid Bergman and Michael Wilding; and Saraband for Dead Lovers (1935) was filmed in 1948.

Simpson died age 42 in October 1940 after a short illness.

Collections:
Philosophies in Little (1921)
The Baseless Fabric (1925) Short stories
Mumbudget (1928) short fairy stories for children
Heartsease and Honesty: Being the Pastimes of the Sieur de Grammont (1935). Translation from the French

Non-fiction:
The Waiting City: Paris 1782-1788 (1933), an abridged translation of Le Tableau de Paris by Louis-Sebastien Mercier
Has Russia Hoaxed the Worker?. Billings Gazette, 15 January 1933
What Communism Does to Women. Los Angeles Times, 29 January 1933
The Happy Housewife (1934)
The Witch Unbound. Collected in The Boat Train (1934), edited by Mary Agnes Hamilton
What’s Wrong with Our Hospitals?. Time and Tide, 1934
The Female Felon (1935)

Translation:
A selection from Louis-Sebastian Mercier’s Le Tableau de Paris under the title ‘The Waiting City’ (1933).

Images: from the web