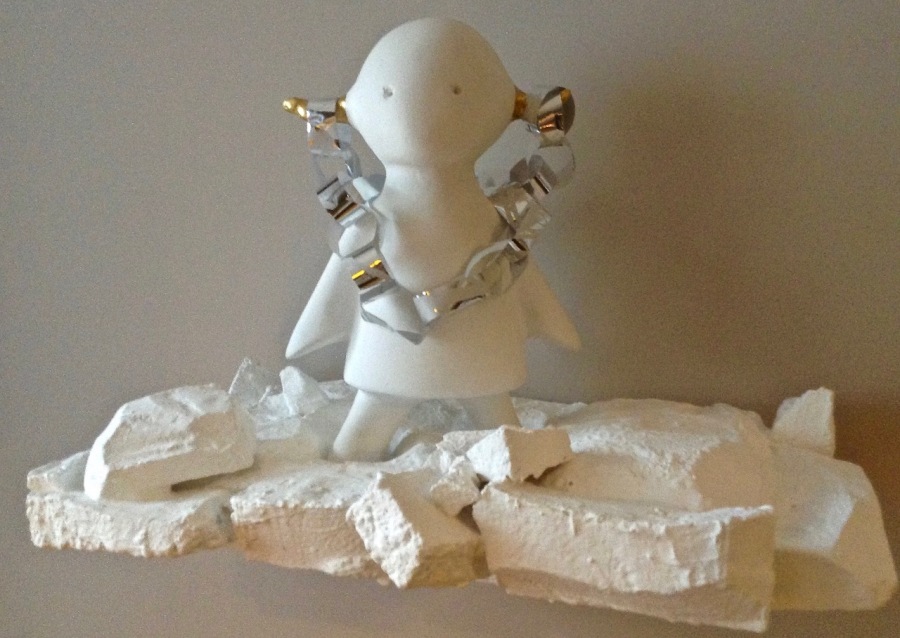 A friend of mine has a special Christmas tradition. Every year she posts a selection of photos for what she calls the Twelve days of Creepsmas on Facebook. This post about alarming Christmas traditions is inspired by those photos of creepy Santa’s with terrified children.

A half-goat, half-demon and his band of ill tempered elves haunt the Tyrolean mountains in the Austrian Alps during the festive season on the hunt for children . Krampus, with his furry body, disfigured face inset with red eyes below big curled horns terrorizes the streets with wild jangling bells, animal like growls and fierce dancing as he beats people with birch branches.

Good children get presents from Santa, bad children (as well as drunks and laggards) got Krampus who whips or abducts them, stuffs them in a sack and drags them off through the snow to the underworld. His roots are in pre-Germanic paganism and he is believed the be the son of the Norse god of the underworld, Hel. His legend has such force that it survived attempts by the Catholic Church to banish his celebrations in the 12th century. Krampus is a perfect antidote to the overly commercial, cheer filled version of Christmas.

Dead horses are more in fashion than goats in Wales. Mari Lwyd (the Grey Mare) is a horses skull wrapped with a white sheet, empty eye sockets and ear holes decorated and the figure draped with colourful reins, ribbons and bells. Despite her macabre appearance Mari Lwyd is supposed to bring good luck.

She and her entourage go door knocking and sing rhyming insults in Welsh to occupants to try and gain access. In the ritual the occupants of the house must respond with their own verse to try to outwit Mari and prevent her and her gang from entry. Eventually she is let in. Apparently Mari’s entry scares off unwanted problems from the closing year and brings the household luck for the new. She also drinks all the liquor, eats all the food and generally causes mayhem (including chasing any young women she takes a fancy to around the house). You can view an example of the doorstep exchange here.

In Iceland if you don’t have some swanky new clothes to wear at Christmas you could be eaten up by a giant vicious cat. It’s unclear where the cat idea originated from but the clothing part of the myth is thought to have begun as a mechanism to urge farm workers to be more productive in the lead up to Christmas when hard workers were given new clothes to wear by their employers.

Icelanders don’t just have to worry about giant cats at Christmas either. Thirteen trolls with names like Pot Scraper, Bowl Licker, Window Peeper and Doorway Sniffer; along with a many headed, child eating, husband murdering ogress called Grýla come down from the mountains in December. Naughty children are taken back to Grýla’s lair to be devoured.

In Eastern Europe the Christmas witch Frau Perchta, a shape-shifter, creeps into homes and leaves a piece of silver in the shoes of children and servants who have been good. The naughty ones have their stomachs split open and after being disembowelled their organs are replaced with pebbles and straw. She’s also a bit of a stickler for domestic neatness and lazy ladies get the same treatment as naughty children if their housekeeping standards don’t measure up.

The Norwegians worry about evil spirits and witches that appear on Christmas eve and steal their brooms to go joy riding. Households take preventative measures and hide all the household brooms so they have the equipment needed to clean up after the festivities are over. In some households the men go outside and fire shotguns for good measure to scare the bad spirits away.

I’m anticipating my own Christmas celebrations to be far less dramatic, with a focus on the company of friends and family and the devouring of good food under the watchful eye of the giant hound who will hopefully protect us against any evil visitations. May your season be peaceful and your traditions bring good will. See you on the other side.

How do (or don’t) you celebrate the festive season?