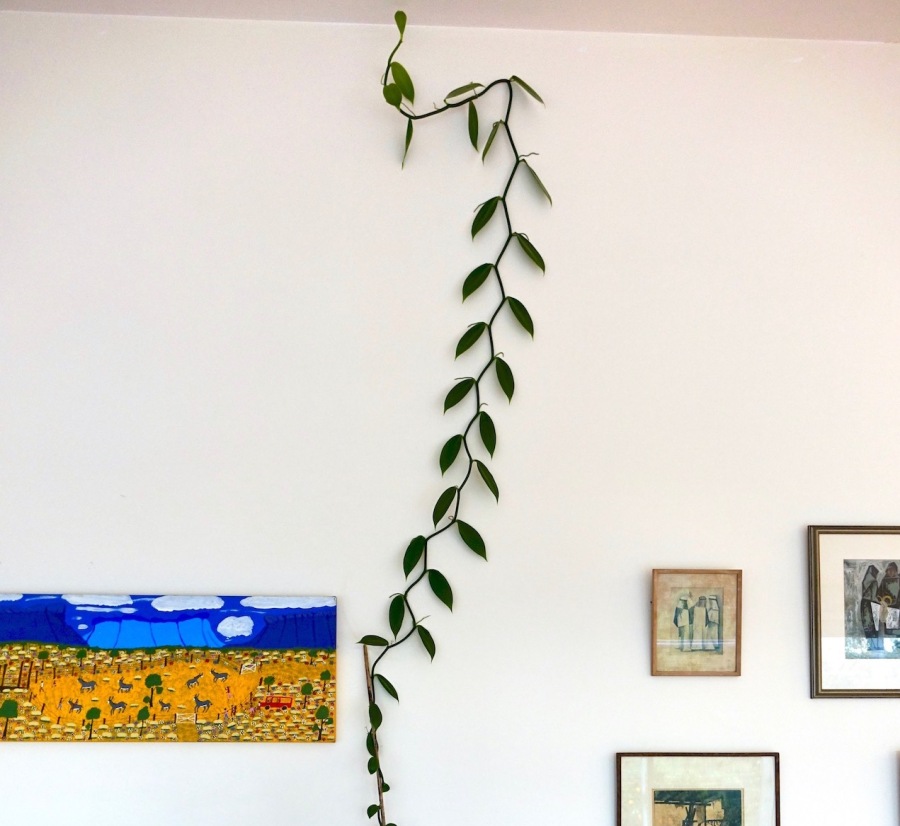 My partner and I went on a trip to Vanuatu several years ago and had an amazing visit to Epi. Epi is a volcanic island, 444 square kilometres in size, and with a population of about 5,000. We travelled to Epi on an eight-seater plane which landed at Valesdir airport. The airport comprised a grass runway, a small shed and a friendly welcome. Island access was weather dependent and driving on the dirt road from one end of the island to the other required a four-wheel drive due to the many potholes along the way.

We stayed at a guesthouse on the south west coast. At the time the owners were away and we were left in the hands of Carol and her young son Rob who worked at the guesthouse and lived in a nearby village. I felt very fortunate to have this experience as we had the place to ourselves and Carol and Rob were very gracious hosts.

Electricity was only available to those who could afford solar and subsistence agriculture was the how most of the locals made a living. Copra was one of the main crops produced and required significant labour. Coconuts were broken open, the water drained out and the kernel dried in a kiln heated with wood. The kernels were sold to manufacturers who crush them to extract oil which we use in baking and cooking. It’s a tough life which I am reminded of every time I pick up a pot of coconut oil.

Carol took us on a tour of her village and showed us their agricultural production. They grew cocoa trees and planned to expand into selling vanilla beans. I was fascinated by the vanilla orchid. It’s an elegant plant with long succulent lance-shaped leaves that zigzag up the tropical trees and bear creamy blooms. It looked quite magical and when I followed its upward trajectory I had an urge to climb it to satisfy my curiosity about what was at the top. I wonder if I would have felt this way had I not read Jack and the Beanstalk.

Jack and the Beanstalk is in part a study on class and wealth disparity (something I was very cognisant of whilst travelling in Vanuatu).  It’s also a Trickster story with Marxist overtones. The very poor, but charming, wily and mischievous Jack comes into conflict with the bigger and more powerful ogre. Jack wins against his more powerful adversary by tricking the giant with his craftiness. The wealthy and gluttonous giant represents both what Jack finds monstrous and what he envies. Jack is both the oppressor and the oppressed. He is absolved of all wrong doing (stealing and killing the giant) due to his actions being about reclaiming his birthright and his right to social mobility. I hope Carol has had some success with breaking into the vanilla bean market and managed to outsmart all those greedy businessmen she would have to deal with.

I was so enamoured by the vanilla bean that I decided to try and grow this tropical plant in Melbourne. I anticipated that this venture would fail but was determined to give it a go. I’ve located it in the warmest and lightest room in the house and it’s made its way up to the ceiling already. I have yet to see whether I can entice it to flower and fruit, but this week’s recipe is what I imagine I will make if I do, using my beans and rhubarb from the garden.

For the Vanilla Bean Panna Cotta:

For the Roasted Vanilla Rhubarb Topping:

From the age of about eighteen through to twenty-two I lived in households sans television. The result was that I read voraciously. At one point I set out to read a dictionary cover to cover. It was the Longman Concise English Dictionary and I read all 1,651 pages. I still have it on my bookshelf held together with sticky tape.

There’s some great word games you can play with reference books like guessing the correct meaning of obscure words or who can come up with the most synonyms. The synonym, now there’s a beautiful thing. Found in a thesaurus – the treasure chest of words. A guy called Peter Roget, an avid collector of synonyms, developed the first thesaurus in the 1840’s and it’s my favourite reference book. A must have for editing. I’ve been doing some short story and chapter editing recently and the thesaurus has been getting some exercise.

I was thinking about editing whilst I was out pruning the fruit trees the other day, as you do. It turns out that editing and pruning have a lot in common. According to the online power thesaurus, edit and prune have twelve synonyms in common, and are synonyms for each other.

The thought processes for pruning and editing have a lot in common also. Is this the right place to cut? Will it improve the structure? How much should I cut? I also discovered that both pruning and editing are much harder with a puppy in tow. I’m thinking of changing Harpers name to Distractor, though Destructor might be more apt given the hole recently chewed in the sofa whilst watching Paris Texas. Maybe she just thought she was pruning.

Citrus and rhubarb are the garden produce of the moment in the food store until spring arrives. This roast rhubarb recipe is simple and delicious served on yoghurt for dessert or for breakfast.

Method:
Cut the rhubarb into finger length pieces. Remove the zest from the orange and juice the orange. Mix zest and orange juice with honey to taste (I usually use a ratio of one orange and its zest to one desert spoon of honey). Combine and mix all ingredients in an oven proof dish. Arrange rhubarb into a single layer, cover with tin foil and bake for about 30 minutes at 180 degrees Celsius. Serve hot or cold.