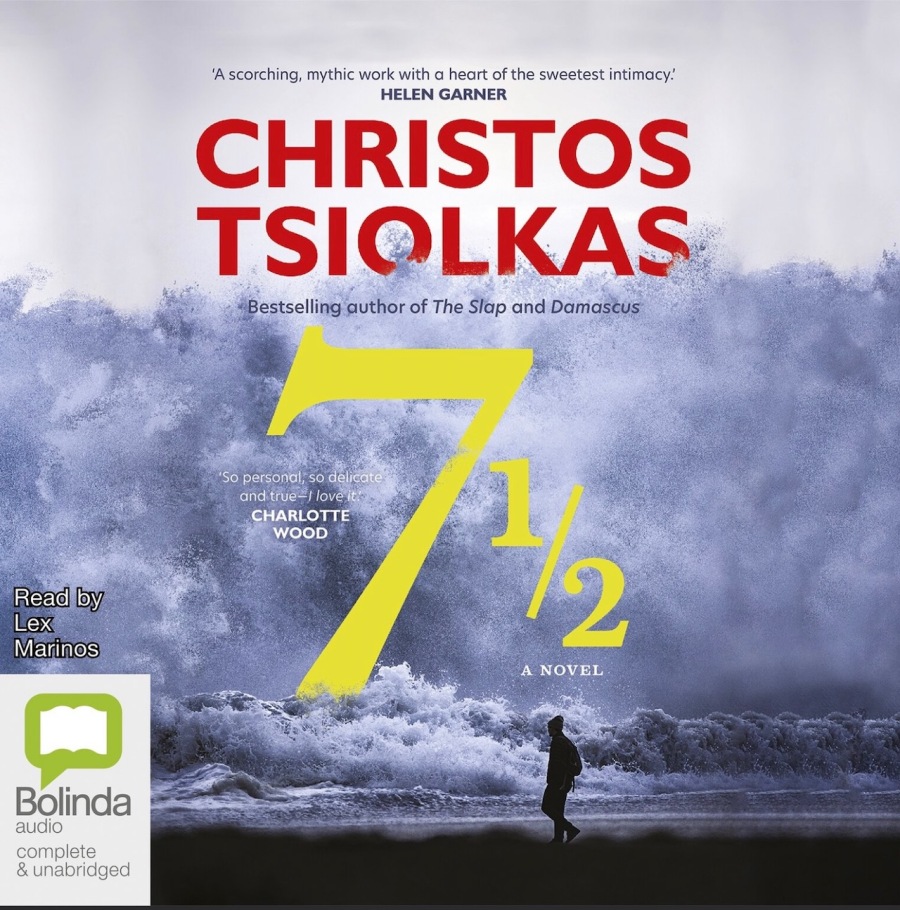 7 1/2 is a book about an author (Christos) who has fled the city to an isolated small town on the East Coast of Australia to write a story that has been lingering in his mind for years. Chistos wants the book to be about beauty – an antidote to a world that has been brimming over with crisis. And there is much beauty in it – landscapes and the weather and animals that pass across them, human connections and bodies are described lavishly. He also reflects on his pleasure in his writing process, and with affection on his childhood and the people who made him the man he has become.

I listened to the audiobook (twice) narrated by Lex Marinos and the words spilled over me like honey as I toiled in my Autumn garden and cooked and preserved the excess produce in my kitchen. Whilst listening to Christos’s writing about the things he loved, I was doing things that I love. Turning the soil, making pickled zucchini, poached quinces, pumpkin gnocchi and soup from the abundance of Autumn produce for my freezer whilst glancing out at the grapevine turning fire red through my kitchen window.

But I no longer trust the judgements of my age. The critic now assesses the writer’s life as much as her work. The judges award prizes according to a checklist of criteria created by corporations and bureaucrats. And we writers and artists acquiesce, fearful of a word that might be misconstrued or an image that might cause offence. I read many of the books nominated for the globalised book prizes; so many of them priggish and scolding, or contrite and chastened. I feel the same way about those films feted at global festivals and award ceremonies. It’s not even that it is dead art: it’s worse, it’s safe art. Most of them don’t even have the dignity of real decay and desiccation: like the puritan elect, they want to take their piety into the next world. Their books and their films don’t even have the power to raise a good stench. The safe is always antiseptic.

A man in middle age reflects on what he loves about being in the world. The book is auto fiction – part deeply personal and part fiction. The novel the protagonist is writing is called ‘Sweet Thing’ and is about an ageing ex-porn star and drug addict who leaves his wife and child temporarily to take a trip from Australia home to the USA where his is confronted by his past.

At the start of the novel Christos declares that he is tired of writing about issues – politics, sexuality, race, history, gender and morality – they bore him. Yet there are echoes of these topics throughout the novel – because they are part of life and it is difficult to separate ourselves from them completely. Ugliness and beauty coexist. We never really know what a thing is unless we can give an adequate account of its antithesis – a concepts Christos acknowledges at one point in 7 1/2.

There were moments in this book that were so personal, poetic and exquisite, they bought tears to my eyes. I will no doubt read it again just to inspire my own writing.