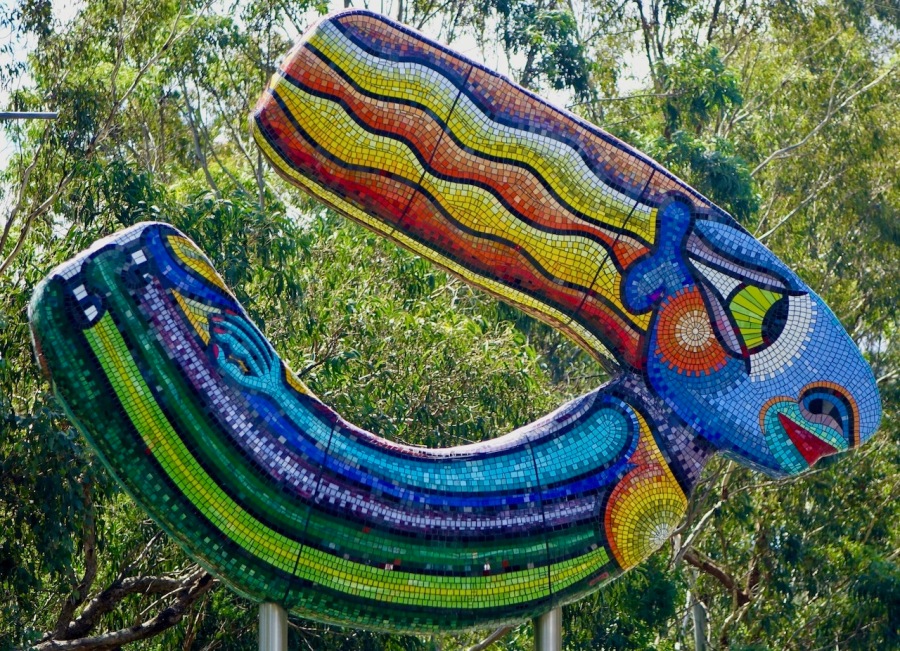 When mining started to decline in Warrandyte, farming and fruit orchards took over much of the land that was viable and the bushland on unfarmed surrounds started to recover. Transport to the town improved and artists began moving into the area attracted by the picturesque village on the river. It is in part their legacy, along with the absence of a railway, that has thrown a protective veil over Warrandyte and saved it from over development.

In 1905 the landscape painter Clara Southern (1860-1949) married Warrandyte miner John Flinn and settled in her cottage named Blythe Bank on a hill above the river. Clara captured Warrandyte’s natural beauty and spirit in her impressionist landscape works such as The Road to Warrandyte (c 1905-10) Bush Camp (1914), Evensong (c. 1900-1914) and A Cool Corner (1928).

Warrandyte was swept by two converging fire fronts in 1939. More than two hundred residents fled to the safety of the river with nothing but the clothes on their backs as clouds of flame tinged smoke billowed overhead.

Clara’s house was spared, but much of her artwork that had been purchased by local residents was lost in the hundreds of houses that perished in the fires. Blyth Bank eventually succumbed to a later bushfire after her death.

Clara encouraged other painters to visit the area and it is believed her enticements were responsible for initiating the local artistic community. Over time Clara was joined in Warrandtye by Jo Sweatman (1872-1956), Frank Crozier (1883-1948) and Penleigh Boyd (1890-1923). Many others including Albert Tucker (1914-1999), a member of the Heidi circle, and Arthur Boyd (1920-1999) visited and painted Warrandyte.

Architects and potters were also drawn by the scenic tranquillity and drew inspiration from the town on the river. Alexa Goyder (1892-1976) developed novel design practices using local stone and recycled materials that stimulated the work of later architects such as Alastair Knox in the 1970’s.

Painter Penleigh Boyd was inspired by the wattles that bloom after the coldest months of winter. He became known for his paintings of the Warrandyte wattle with works such as Bridge and Wattle at Warrandyte (1914), Wattle Gatherers (1918), The Breath of Spring (1919) and Golden Fires of Spring (1919).

The same wattles had a calling to the Wurundjerri who believed the beautiful acacia was bad luck in the home and should never be bought inside.