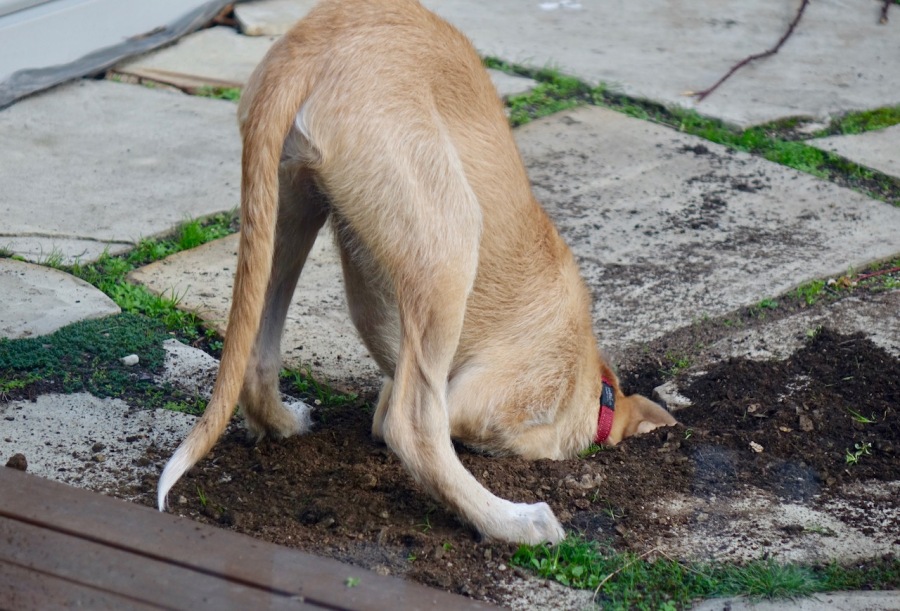 This post comes with a trigger warning: may be unsuitable for vegetarians and vegans. If you are squeamish turn away now.

Whilst the celestial orb was preparing itself for the early morning spectacle to slip into the earth’s shadow I was up to my elbows in blood and guts. 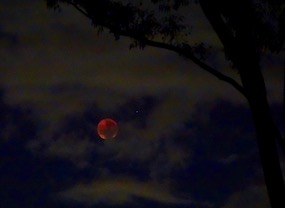 In the early hours of Saturday morning the longest complete lunar eclipse this century occurred when the earth passed between the sun and the moon and caste the big white orb into shadow. The sunlight filtered and refracted by the earth’s atmosphere bathed the moon and gave it a bright red hue and its name, a blood moon.  The early morning was worth the effort to take a look.

Speaking of blood, destructo dog is now on a new diet.  We joined what I refer to as the dog cult recently (aka dog training school) as I’m keen for Harper to be a well-mannered member of society.  Anyhewz, they run a range of workshops on all things 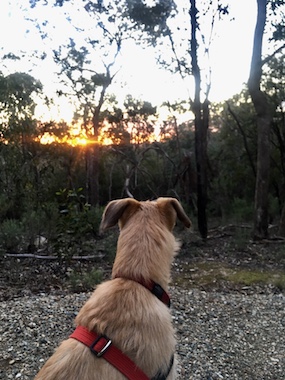 canine.  I went along to one on nutrition which ironically was facilitated by a vegan who was extolling the virtues of a raw food diet.  Subsequent research tells me that the raw food diet for pets is a controversial topic – why should all the controversy be reserved for people after all – but it does make logical sense to me. Before dogs realized humans are a great source of nutrition and security and domesticated us over 10,000 years ago, they didn’t eat carbohydrates, one of the key ingredients in many processed pet foods.  Apparently all carbs do is deliver a burst of energy and upset the pH of their stomach if they eat too much.  It can also contribute to what we call the ‘zoomies’ when doggo gets hyper at the time of evening when I’m ready for a quiet sit on the sofa.  In the wild hounds ate meat (often several days old), greenery, and dirt and have a digestive system designed to process these things.

The pup has had a few digestive problems since she arrived, the detail of which I will spare you, so I decided to give the raw food diet a go.  Off I went in search of the 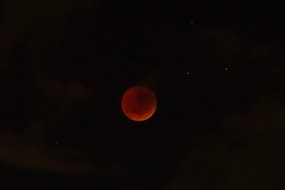 ingredients and spent several evenings elbow deep in about 40kg of chicken, beef, turkey and crocodile meat and various types of offal, which has a distinctive metallic smell.  The whole exercise made me think of my grandfather who spent his working life as a butcher.  He was a short, charismatic but volatile man – maybe it was all that meat. I have made up enough meals to fill up the freezer that I installed in the shed for this purpose.  A week of probiotics and a slow transition onto the new diet and hey presto, the hound is already much improved all around.

Dogs love to help in the garden.  My old girl Jarrah used to like to drop her frisbee into any holes I was digging, Harper prefers to assist with the digging and helped me make a hole to plant a Mulberry tree this week, which I then had to fence off to ensure she 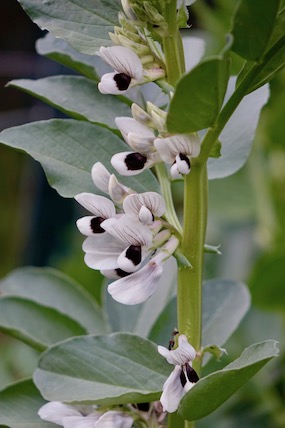 wouldn’t dig it up again.  I have also weeded the vegetable patch and popped seeds for tomatoes, basil, zucchini, cucumber and pumpkin in punnets and placed them under cover in a small greenhouse.  The broad beans are flowering and the other winter vegetables are sprouting with spring growth.

This week’s recipe has gone to the dogs and should not be served up to family and friends, but your four-legged mate will love this along with a bone every day.  Apparently you should not feed weight bearing bones but raw poultry necks and carcasses, kangaroo tails, ribs and wings are all good. Apply the same kind of food hygiene you would to your own food preparation.

Put it all in a big bowl and mix it up. Adult dogs eat about 2% of their body weight, puppies up to 6%.

I feed my dog this mix, one bone per day and she’s had dog chips in a toy she can eat whenever she wants.

2 thoughts on “Blood and guts”